I got sent some excellent new electronic sounds from an unsigned scottish duo by the name of Fenducci. Despite having a name that sounds like an Italian designer handbag (only joking guys) they make quality tunes ranging from downtempo Electronica through Electro, Deep House and Techno. My favourites are the deep Techno sound of 'Harvested' the metallic electro of 'Crash Bang Wallop' and the (does exactly what it says on the tin) Detroit style 'Electro Boogie'.

Here is some more background info from the boys themselves:

"Fenducci came into being in the East coast of Scotland in 1993. After one or two short range sorties as 'Spaceman Spiff', Fenducci (fen-doo-chee) was chosen as the imprint with which all future material was to be stamped. The name comes from the Dirty Harry series of movies (Fenducci is a former partner of Harry's who is killed on a case prior to the start of the movie), and was one which embodied the groove of cop shows and movies that influenced the creation of the Fenducci sound.

Starting with a Yamaha DX 21, a Roland TR606, an Atari ST, and an SH101 their sound grew with their web of synths and sound making tools, to play mechanized jazz and machine driven soul. Fenducci are car chases on martian roads, shoot outs in space ports, 25th century disco, cybernetic funk, and android punk. They would love to own silver spacesuits, a jet pack, and are still waiting for their food in pill form.....Machines have feelings too....."

The pair are currently redefining and refining their live work for the next phase ....watch this space for more info. You can check out the rest of their back catalogue on their website 'gestaltanalysis' below. I'm sure they would appreciate some feedback. 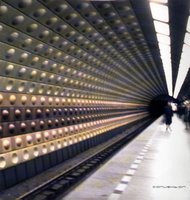 Now lets face it, most of us spend more time than is really healthy browsing through racks of vinyl or searching the web for more fine sounds to pleasure our ears. But even amongst the constant barrage of hyped releases there are always some that seem to be granted that that extra ounce of praise leaving the would be purchaser with high levels of anticipation. The hype surrounding Convextion's eponymously-titled album on Down Low is one such example of this and the limited vinyl release including the even more limited coloured vinyl format only serves to raise expectations still further. But in these times of large amounts of quality and varied releases every week does anything ever really live up to the hype? In my opinion, the answer is 'rarely' because a single record is unlikely to change your life as certain reviewers would have you believe. Does this mean we shouldn't get excited about new releases and not bother heading down to the shops to buy them? Of course not as it's always a joy to add to an ever-expanding record collection. So as you all start to lose interest in my waffle and wonder where I'm going with this (I'm wondering this myself too!) I guess what I'm trying to say is that this is a good album that obviously has influences from many of Detroit's forefathers as well as Europe's elder statesmen such as Basic Channel and Aphex Twin (when he's not in clanking dustbin lid territory) but it's not really that much more special than others in its field. The price in the stores is a little high but still well worth splashing out those pennies on so here's one of my faves to give you a taster of what's in store should you decide to start the hunt for one of the elusive copies yourself.

So you want mixes huh?

Well if you don't know about it already you'd best head on over to LINKSET.NET where there's a veritable treasure trove of mixes and live sets. All you're gonna need now is more hours in the day to listen to it all! 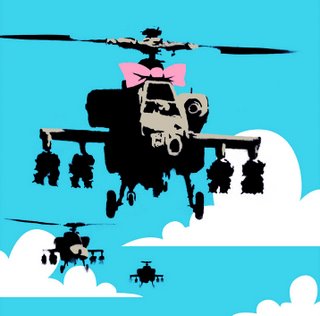 Seriously.. How good is this? The Chemical Brothers surpass themselves with this amazing slice of heavy dancefloor artillery. This track has everything, it starts off with some glitchy percussion then goes deep with a mesmerizing dubby synth line, then an analogue squelchy bassline drops to get asses shaking. They then throw in the kitchen sink as it builds to a crescendo of live drums and spiraling synth lines which will leave you in ecstasy begging it to never end. A dancefloor BOMB indeed.
The Chemical Brothers - Electronic Battle Weapon 8 // White Label 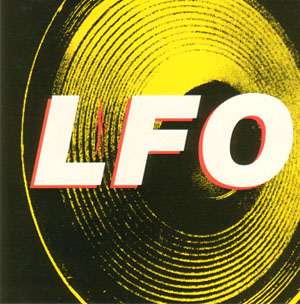 A few technical hitches can't keep us down for long. We have backup.

Links on the Monster Monster post are now fixed.

Everything else has been up for way too long anyway so if you don't have it by now your too slow.

Enjoy this classic by LFO to celebrate

Buy the EP from Bleep 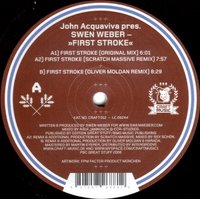 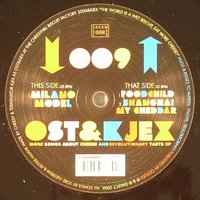 Here's two monster tunes to kick start your weekend. First up is Swen Weber and his 'First Stroke' (cue witty masterbation references). This is stadium Techno, bordering on cheese, but the monstrously bouncy synth riff will have dancing round your room like a drug addled maniac. I still haven't quite made up my mind about this record. When I play this I prefer to loop up the middle section and ignore the acid line. Too cheesey? Let me know your thoughts.
John Acquaviva Presents - Swen Weber - First Stroke // Craft Music 12" Buy

Next is a tune that came to my attention through a Nightmoves mix post up by 24:Hours. As well as producing floor shaking tunes, OST & Kjex are a dab hand at coming up with comedy names for their records, just check some of their back catalogue. 'Some, But Not All Cheese, Comes From The Moon', 'How Not To Be A Biscuit' and 'Kjexy Snick Snack'. However 'Shanghai My Chedder' taken from the Carl Craig baiting 'More Songs About Cheese And Revolutionary Tarts EP' has to be one of the funniest. The record itself starts off with dark menacing analogue synth bubbles which climax to reveal a phat ass bassline which will shake any club. It reminds me a lot of Claude Vonstroke's productions. 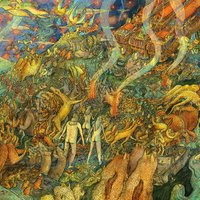 Two highly anticipated albums will drop in March this year from our New York Punk Funk cousins namely !!! and LCD Soundsystem. Myth Takes is the title of the third album from !!! or chk chk chk, (Whichever way you pronounce it) and judging by the tracks that I have heard is a great leap on from their last outing 'Louden Up Now' (tracks like Me & Giuliani and Hello? Is Thing On? aside) which disappointed these ears slightly. I'd say the new tracks are a bit more funk and slightly less punk. 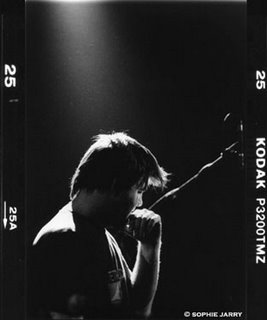 Sound of Silver by LCD Soundsystem is already shaping up to be one of the albums of 2007. Since it was leaked before Christmas anticipation has been feverish. I resisted posting any of the tracks due to the powers that be at DFA castrating anyone posting their stuff. However I got sent this remix by Ian Saint Laurent over at Hands and Knees so I figured what the hell. Lets see how long this stays up. I don't know if this is an official remix but he beefs up the original by adding some scuzzy synths.

My favourite tracks from the album are the sublime 'Someone Great' which is a vocal version of a section from 45.33 released with Nike last year and the anthemic 'All My Friends' with its super speed piano riffs.
Released 20th March on DFA