Can You Feel Obama

If, like me you were one of the billions watching the presidential inauguration on Tuesday you couldn't help but feel the gravity of the event and all it symbolised. The comparisons with Dr Martin Luther King standing in the same spot in 1963 are obvious but Obama's speech was a more sombre and subdued affair than either Dr Kings's or his own victory speech in Chicago back in November.

Now again in comparison to the great civil rights leader, The president's speech has been put to the classic Chicago House track by Larry Heard. 'Can You Feel It'. Poignant Indeed.


Mr Fingers - Can You Feel It (Barack Obama Edit) // Gameplay 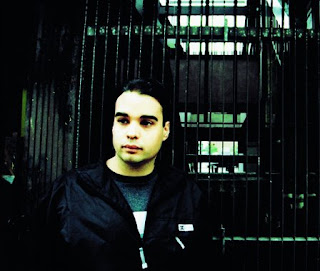 I don't really know much about Circlesquare so when Fabric sent us a mix through, I wasn't really sure what to expect. Opening with an excerpt from a 'This Mortal Coil' track the mix soon moves into tasty synth territory but then we're back with another section of the TMC track before moving onto a touch of techno (incorrectly listed as an October production on the tracklist below as I'm pretty sure it's by Emptyset). The repeated use of the excerpts continues throughout the mix and everything from Drexciyan electro through to psychedelic folk is thrown in along the way. Calling this a mix isn't entirely accurate though as the eclectic track selection means that nothing more than segues are possible in several parts. However, the track selections have been carefully thought out and despite the disparate genres the 'mix' flows well and the minimal amount of beat matching does little to detract the overall enjoyment of the end product.

As if by some remarkable coincidence, Circlesqaure happen to be playing live at Fabric this Saturday as part of K7!'s showcase in room 2. They're accompanied by Swayzak, Trevor Jackson and Terry Richards and other acts on the night include Dave Aju playing live which is no doubt going to be something quite special to behold. You can check out the full lineup here.

Fabric's long running mix series is also making a flying start to the year, with installment no. 44 being one of the best I've heard from them in a while. Mixed by John Tejada, it's a serving of minimal(ish) techno containing several of his own productions as well as a healthy dose of other releases from his Palette label. The mix has a strong Berlinesque sound aesthetic with white noise percussion and thick slabs of analogue synth being present throughout. This theme is exemplified through the inclusion of two anonymous cuts from the Hardwax camp that came out last year, namely WAX10001 and Equalized001. While the artists behind these productions remains a mystery, this hasn't stopped both of these records gaining significant praise and while I don't disagree with this, Equalized001 is just a little too repetitive in my book and its usefulness is limited to a short sharp burst as exhibited here by Tejada.

I'm not sure if it's intended to promote his Fabric mix but Tejada has also just done a mix for FACT which in many ways is like a shortened version of his new CD, containing as it does, two of the key ingredients from Fabric 44. This time however, it's Equalized002 that's being used and a different cut from Orbital's back catalogue.

You can pick up the tracklist for the FACT mix here and buy a copy of Fabric 44 here.

Ghostly International's sister label Spectral Sound is celebrating its 50th release with a compilation that comprises highlights of every one of those 50 releases. That's right kids you get a whopping 50 tracks for under a tenner plus a bonus Megamix of the catalogue by Derek Plaslaiko!

The compilation is sequenced chronologically, opening with Spectral’s first release “Irreparably Dented” by a then-unknown DJ/producer named Matthew Dear. In his Audion guise Matthew Dear went on to have the labels biggest hit with the monstrous "Mouth To Mouth". A remix by Heartthrob is included in the package. Other artists include James T. Cotton’s acid-house experimentation, Osborne’s smooth retro-disco, and Kate Simko’s elegant minimalism. Bodycode and Peter Grummich both deliver jacking Techno beats, while Daso's subtle retro Tech House gives a warm edge. Basically there is Techno of all shades on this release and everyone will find something to get into.

Resident Advisor are giving you the chance to win the first 50 vinyl releases from the Spectral back catalogue. The question is tough. What band’s vinyl-sleeve design inspired the original Spectral stock jackets? Enter the Competition.

Glasgow based Stuff Records have been responsible for some of the most out there, ground breaking releases to come out since Warp records first came onto the scene in the last Millennium. Warp records respect them so much that they have signed Rustie, the Glasgow wunderkind after his first two EPs for Stuff and being signed by the label is now seen by many as a stepping stone onto greater heights.

So we were filled with much excitement when Stuff sent through their latest release for our starving ears to review.

The Village Orchestra or TVO as he is sometimes known is the Techno nom de plume of Ruaridh Law, The Dark is Rising is a new mini album + EP which brings together elements of old skool Hardcore, Detroit Techno, Warp Electronica and the Techno/Dubstep crossover which has been championed on these pages many times.

2562 has been chosen to remix 'Afanc' from the EP and his mix is superbly spacious track, half dubstep and half Chain Reaction Heroin House.

The first 200 records are accompanied by a CDR of the mini album, The Dark is Rising and this reverts to the more familiar territory of subtle atmospheric Electronica, perfect listening material for the early hours.

The EP and mini album should be released shortly through the usual outlets.

I couldn't leave without giving you a slice of the genius of Rustie, the young scamp, that with his releases have put himself and Stuff Records firmly on the musical map. 'Soapy Tits' is taken from the Beatnicks Vol 1 EP released in 2007 on Up My Alley Records. 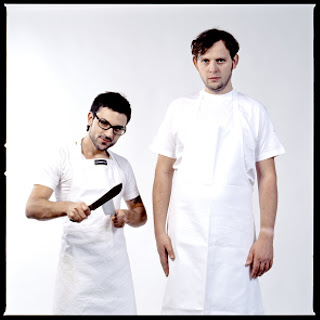 Prior to hooking up to record together in 2006, both Chris De Luca and Phon.o had already made their mark on the musical map with De Luca in particular having become a well known name as half of Funkstoerung. Having initially combined their solo names to give title to their joint venture, the pair now release under the somewhat snappier moniker of CLP. Their debut album, Supercontinental, dropped at the end of last year and sees a number of guests sharing vocal duties on top of the pair's electro-tinged hip hop beats.

Compared with many other releases on Shitkatapult the album is a rather euphoric affair and probably isn't going to be lapped up by those that like their music dark and moody. However, like most things that grace these pages, there's definitely a time and a place for this kind of booty shakin' fun.

Phon.o's solo output was a little more techy so for those with a penchant for things a touch darker (and dirtier on the lyrical front) here's something from his earlier solo album.

There's a CLP live set available from their website and you can buy Supercontinental from the usual outlets including Juno or on mp3 from Zero ". 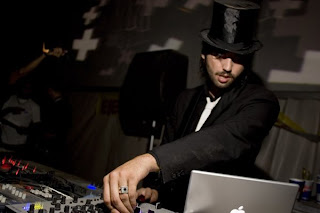 Only days after stating that my end of year charts were merely the best records I'd heard last year did I finally discover the identity of a track that sent shivers down my spine the first time I heard it and true to form it was indeed a 2008 production and most definitely worthy of (a very high position in) my 'best of' list.

Danton Eeprom's 'The Infinity Symbol' is quite simply a slice of sheer electronic brilliance that starts out as electro by numbers before quickly introducing the disjointed synth that forms the backbone of the track's 8 minute journey which takes in such a staggering number of ideas including strings, effects and a sublime Claro Intelecto style melody that it simply shouldn't work but ends up being an absolute triumph of genius!

I've not heard of Danton previously but a quick check of his myspace reveals that he has a tidy pile of quality productions and remixes under his belt - one to keep an eye on me thinks!

I came across Infinity Symbol at the end of Marcel Fengler's mix for mnml ssgs and it was indeed the perfect ending to an excellent journey. Fengler is one of the residents at the Berlin's Berghain so needless to say the mix in question is a fairly no-nonsense techno affair. It seems that mnml ssgs has been going around a year or so and it has somehow managed to escape my gaze until now. However, this error in my ways has now been resolved and they are most definitely on my radar as the guys over there not only have keen ears but have somehow managed to rope in some seriously high caliber DJs for their rather prolific and extremely high quality mix series. I suggest those of you not already in the know head on over there and fill your boots without delay.

The Infinity Symbol appears on the Tsuba Samuari EP and you can buy a copy on high quality mp3 at Beatport.