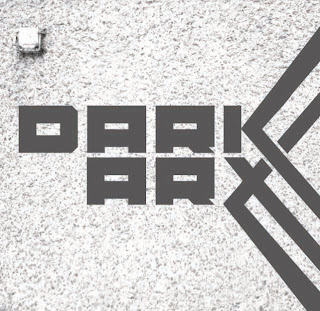 As mentioned on these pages back in January, the debut release on Dark Arx Recordings was one that made me sit up and take note and set a high benchmark for subsequent output on the label to follow. Well, release number 2 is now upon us (has been for a couple of weeks actually) and this time it comes from label head Dark Arx himself and is most definitely a continuation of the initial high quality standards.

Where the first release hinted at a dubstep agenda, Dark Arx's Blood Vein EP places this medal proudly on its chest and in doing so propels the label forward into the dancefloor arena. Both Blood Vein and Streak meld stepper's rhythms with spacious techno sound palettes to deliver laid back yet totally danceable offerings that span the Berlin-Bristol divide. The third track on the EP, Argent and Sable, dispenses with the kick drum and makes a return to the kind of dub-infused electronica served up on the label's first release. The track doesn't so much unfold as kind of float along its four minute duration as the growling bassline bubbles away in the background while delayed effects pan across the speakers and a skittery hi hat keeps time before the track slowly edges back into the shadows.

To accompany the EP, comes another installment in the Dark Arx podcast series. Again, put together by Dark Arx himself, Podcast no.3 showcases the label's twin passions for dubstep and techno. As with all forward thinking DJs and labels, Dark Arx clearly has eyes on both the past and the present in order to help define the future. Podcast #3 takes on board techno classics from the likes of UR & Basic Channel and splices them together with modern day gems from scene heavyweights such as Dettmann and Scuba and emerging talents like Instra:mental and ill-ec-tro-nic faves Stroboscopic Artefacts.

All in all, both the EP and the podcast only serve to cement my initial inclination that Dark Arx was going to be an interesting little project to keep an eye. Roll-on release no. 3!

Comments:
Thanks for sharring importent information in this blog.
It was very nice.
http://www.bestoffrm.com