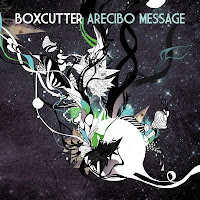 I'm by no means a fan of everything that graces the Planet Mu label but as with last year, 2009 has seen some excellent releases from this camp. One thing that the label has always been synonymous with is experimentation and it's usually a fairly certain bet that anything it puts out isn't going to be formulaic and too easily pigeonholed.

All three of the albums I'm featuring here have been out a month or two at least but they've all proved to have the staying power to make repeat plays on my stereo so I figured they deserved a mention.

First up is Boxcutter's Arecibo Message which starts with two very strong tracks, Sidetrack and Mya Rave, both of which deliver solid 2 step variations and Burial-style atmospherics that'll satisfy any hunger you have for the days of old school rave. From here on in, the album takes all kinds of twists and turns, moving from the Drexyican influenced electro of the title track, through the kind of borderline mentalism one might typically expect of a Planet Mu record on Arcadia 202. There's room for some soulful vocals on Kab 28 and the final cut, A Cosmic Parent even brings a touch of disco to the party. 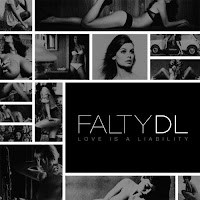 Falty DL's Love is a Liability shares a number of similarities with Arecibo Message, exhibiting garage and electronica sensibilities throughout but where Arecibo Message seems a little erratic at times, Love is a Liability maintains a better sense of cohesion and flow. 2-step patterns, playful melodies and haunting vocals feature heavily and the album has a very strong sense of atmosphere. Dark dubstep vibes also feature heavily and while so many of the influences exhibited are taken from the past, the album also has a futuristic sci-fi feel to it and is without doubt one of my favourite albums of the year so far. It's hard to pick a standout track as there's so many strong cuts on offer so it's perhaps the wealth of the complete package that makes this album work so well. With his first release only coming out in 2007, Falty DL, aka Drew Lustman is a relative newcomer to the scene, but by all accounts he's been making some serious waves and with the quality of work on offer here it's not hard to see why. 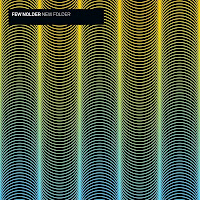 Upon hearing Few Nolder's, New Folder album, Planet Mu probably isn't the first place you're likely to think of as being its natural home as it's a much more 4/4 affair than usually appears on the label. This isn't to say it doesn't fit with the rest of the label's output, it really just gives further credence to my earlier statement that you should never make assumptions about anything bearing a Mu catalogue number without first giving it a listen. Over 9 tracks of varied micro house similar in style to the likes of Akufen, Lithuanian Linas Strockis serves up some interesting glitchtronica and shows that his decision to quit his career as a professional pianist back in 2001 was certainly to dance music's benefit.