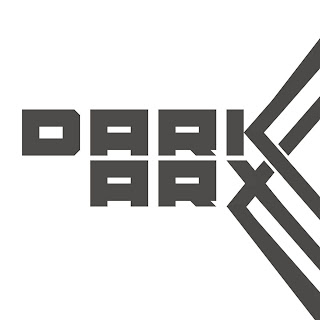 Without wanting to get too hung up on genre classification, I can't help but feel that Boomkat's Dubstep / Grime / Funky category, under which it has filed Binary Sequence's debut EP, provides a rather inaccurate prejudice of what this release is going to sound like. Sure, the tracks contained within '66/31' exhibit dubstep rhythms and deep dubby atmospherics often associated with the techier side of the Dubstep genre but to me at least, the underlying feel is certainly more Electronica than Grime or Funky.

Anyhow, that aside, what matters here is the quality of the music on offer and this EP definitely pushes the right buttons for us. Across the three relatively short tracks featured on the release, Binary Sequence sets out his stall very nicely indeed, dishing up electronica that is certainly hard to pigeonhole and there's definitely a hybrid and very forward-thinking feel to this tidy little package.

The EP marks the first release on the new Dark Arx imprint, a label which describes itself as one which provides a home for artists on the fringes of the Dubstep/Bass/Techno scenes. To complement this debut release, the label has also released a pair of mixes; one from label boss Dark Arx and one from Binary Sequence himself. Both mixes provide an excellent blend of laid-back Dubstep / Electronica and if the quality of these podcasts and this debut EP are indicative of the standards we can expect from this crew's future output then they're definitely going to be an outfit to keep a keen eye on.

The EP is out on vinyl & digital formats and can be picked up from the usual places including Juno.

You can download both promo mixes from Dark Arx's Soundcloud page.